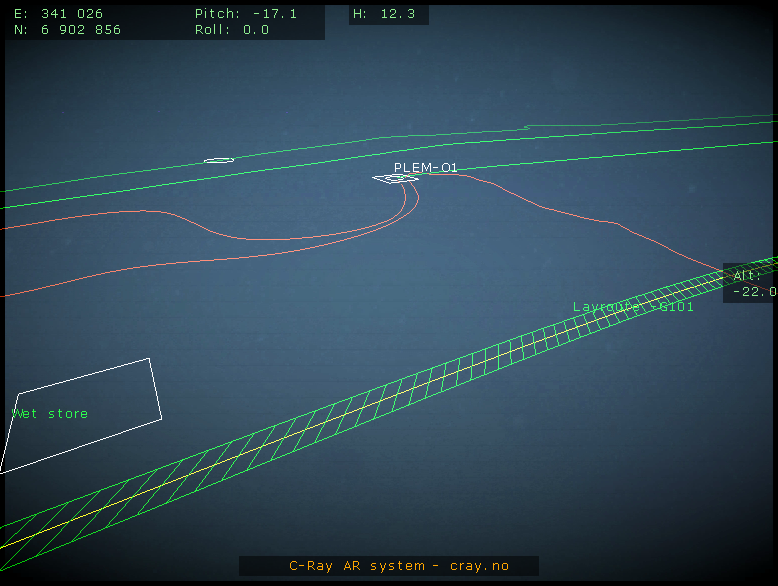 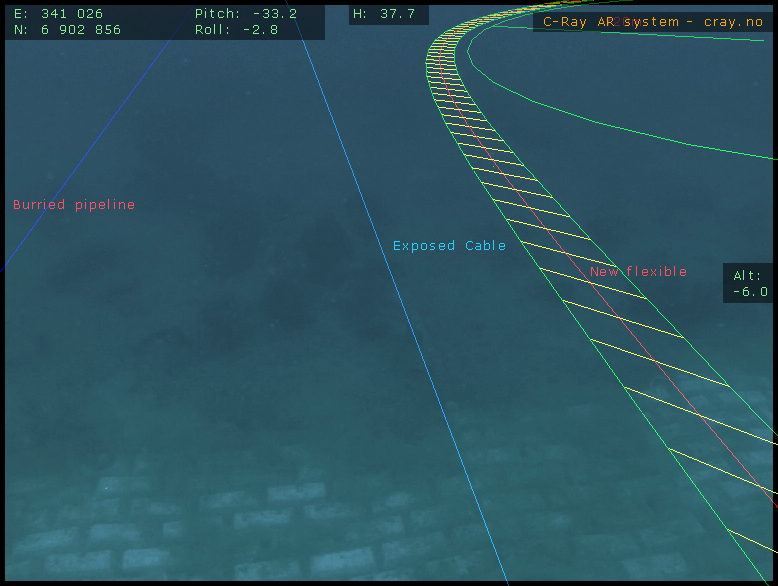 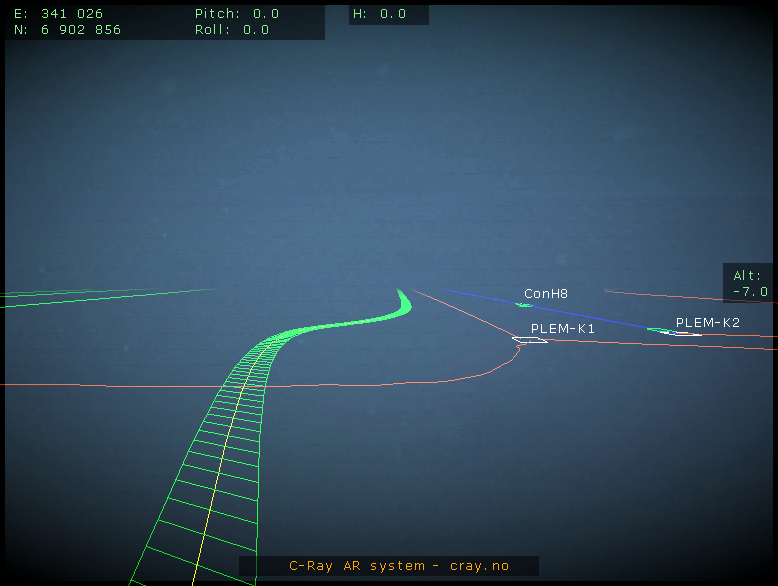 C-ray is a navigation and operation aid for ROV's (Remote Operated Vehicles) using Augmented Reality technology. The system display the surroundings as a 3D grid model on top of the ROV pilots camera screen, and will thus significantly enhance the ROVs efficiancy in its typical operating environment of darkness and low visibility.

Typically existing seabed maps for the oil industry will show pipelines, structures, cables, wells, etc. In addition to existing maps, C-ray can also any other information as required by the user, such as; display storage areas for equipment, installation targets, lay routes, areas for seabed intervention, and so on. Further, the system can also display moving targets such as ROV's, crane hooks and other items (equiped with a transponder). This way the ROV pilots will always be able to see, on his own screen, where the other ROV or crane hook is located (e.g.).